Microsoft has done a wonderful job with Xbox Game Pass, a relatively new service that is deemed the future of gaming. It made its presence felt first on the Xbox One, but now the service has come to Windows 11 or Windows 10 with a few problems here and there.

Not too long ago, a few users have been complaining about problems facing Xbox Game Pass for Windows 11/10. It’s nothing completely out of the ordinary to the point where it’s unfixable, but nevertheless, very annoying. From what we’ve come to understand, folks are claiming that when using the Xbox Game Pass app for Windows 11/10, they find it difficult to sign-in. Apparently, the app refreshes back to the main page, and that can be quite irritating.

It doesn’t end there, unfortunately. OK, so when loading a game either through the Microsoft Store, the Game Pass app, or via the Start Menu, nothing happens apart from a black screen. Sometimes a game would start but the Enter key fails to work, and no one likes that one bit.

The fixes were going to talk about should work, but if that is not the case, then we suggest making it a point in the comment section and we’ll sort it out, pronto. The first thing we’re going to do here is to fix the issue with the Xbox Console Companion app. Click on the search button, then type PowerShell. Alternatively, open the Start Menu and type PowerShell until it comes up. Right-click on the icon then select Run as Administrator.

Finally, copy and paste the following codes into PowerShell to potentially fix any problems you’re having with the Xbox Console Companion app for Windows 10, one after the other, and hit Enter to re-register the app.

Bear in mind that once this is done, the games should work without issues as well. You see, all Xbox Game Pass titles are tied to Microsoft servers and your account, so if you’re having issues logging in, then problems with the games will arise. 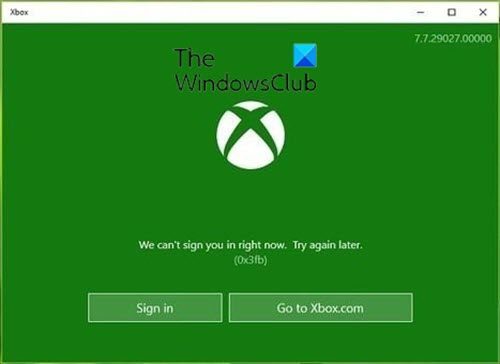 For those who are still having problems connecting their games to Xbox Live, we’d like to recommend using the Xbox Identity Provider app from the Microsoft Store.

After downloading the app, fire it up and allow it to do its thing.

When the process has been completed, try signing in with your Microsoft account, then attempt to load a game to see if it works.