Windows 11 is available for one and all and you can get it now for free. All the eligible users who meet minimum requirements can easily upgrade or install the full version of Windows 11. Microsoft has revamped the look & feel in Windows 11 with some great new features. It has also incorporated some built-in security features to ensure a secure and assured experience. 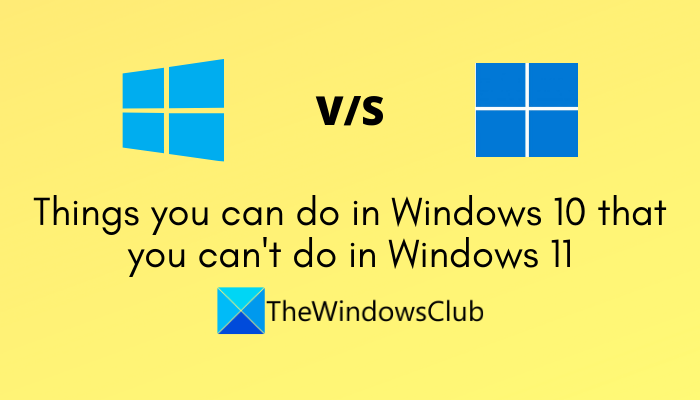 What is the difference between Windows 11 and Windows 10?

The main difference between Windows 11 and Windows 10 is the look & feel which is completely changed in the new operating system. There are significant changes in the Start Menu and the Taskbar of both the OS. For example, the Start menu and taskbar are now aligned to the center and look more like macOS and ChromeOS. Apart from that, another major change in Windows 11 is the Settings app which is more easily accessible now.

In addition to that, the previous handy right-click context menu of the taskbar is also missing in the new OS. When users click on the taskbar in Windows 10, some options used to appear in the context menu that let you perform a specific task right from the taskbar. In Windows 11, you only get a Taskbar settings option that navigates you to the Settings app’s taskbar customization section. Some users are also missing the previous context right-click menu.

Another taskbar feature that you have in Windows 10 lacks in Windows 11 is the ability of grouping open apps.

Start menu is definitely one of the prominent changes in Windows 11 in terms of look & feel. It has customizable ‘Pinned’ icons and a dedicated ‘Recommended’ section. Some earlier features that are present in Windows 10 are ditched in the new version like Live Tiles are not there and named groups and folders of apps are not supported. Additionally, Windows 10 users can easily resize the Start menu by dragging the edges. The Start menu layout can’t be resized in Windows 11 now.

4] You can no longer sync your desktop wallpaper

Windows 10 users can sync wallpaper across desktops on multiple devices using the same Microsoft account. However, this feature is lacking in Windows 11 and the uses can’t sync their desktop wallpaper across several devices.

As you might already know that the Math Input panel is missing in Windows 11. Windows 10 users can use the Math Input panel to convert handwritten mathematical formulas into digital text. If Windows 11 users want, they can install Math Recognizer on demand. However, it doesn’t impact Maths inking in apps like OneNote.

6] Some handy apps are not preinstalled

Windows 10 users get some handy apps like 3D Viewer, Paint 3D, Skype, and some other pre-installed with the OS. But, Microsoft has deprecated these apps from the pre-installed app package in Windows 11. When performed a clean install of Windows 11, users won’t get these apps installed on their system. You will have to manually get them from Microsoft Store to use them in Windows 11.

An assigned access multi-app kiosk can run multiple apps from the desktop. Multi-App Kiosk Mode is no longer supported in Windows 11 which wasn’t the case in Windows 10. As of now, Windows 11 only supports the use of a single app in Kiosk Mode.

Did I miss any? Is there anything you cannot do in Windows 11 that you could do in Windows 10? Please do share your experience below in the comments section.

Now read: Things you can do in Windows 11 that you couldn’t do before.

Does Windows 11 have tablet mode?

No, Windows 11 doesn’t have a tablet mode. Microsoft has decided to get rid of the tablet mode feature and it is no meter there in the new OS. This has been replaced with the new functionality for keyboard attach and detach postures.

Is Windows 11 good for gaming?

As claimed by Microsoft, Windows 11 is indeed good for gaming and it even called Microsoft “best Windows for gaming”. One of its features that improves your overall gaming experience is the Microsoft DirectStorage. DirectStorage uses fast NVMe SSDs that decrease the load times significantly and enhance the texture loading while considerably decreasing the CPU load for those tasks. Apart from that, Auto-HDR, deep integration with the Xbox app, and more features ensure that Windows 11 is good for gaming.

While Windows 11 is all new and improved, there are some users who are also missing various features of Windows 10 in the new operating system. Here, we discussed some things that you can do in Windows 10 but can’t do in Windows 11.

You can also share your own experience in the comment box and let us know what you miss in Windows 11 in comparison to Windows 10.

Must read: Windows 11 Tips and Tricks.