Microsoft Store errors also occur due to corrupted system files. You should run SFC and DISM scans to repair the corrupted system files (if any). In addition to this, you should also check for Windows Update. Microsoft recommends users keep their systems always up to date in order to make their systems more secure than before and eliminate possible errors. We also suggest you check if the date and time are set correctly on your computer. If these basic fixes do not help, use the solutions provided below to fix the 0x80240066 Microsoft Store error code when installing apps. 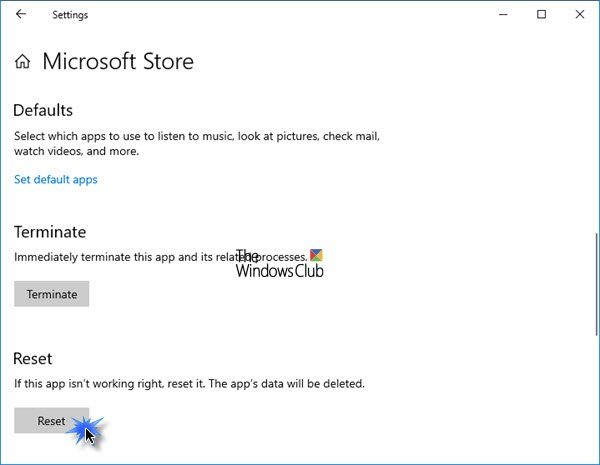 Resetting Microsoft Store clears cache files. This action is helpful if the issue is occurring due to the corrupted Windows Store cache. Repair or reset the Microsoft Store app and see if you can install or update apps from it or not.

You need to uninstall the app using Remove-AppxPackage and then download the app from Microsoft Store.

As described above, the error can occur with any app while updating or installing it from Microsoft Store. If you are unable to update pre-installed apps, you should uninstall them completely and then reinstall them. Do note that uninstalling a pre-installed app from Windows 11/10 Settings does not remove it completely from your computer. You have to execute a command in Windows PowerShell in order to remove it completely.

How do I fix apps not installing in Microsoft Store?

Check if you are running out of disk space or not. You should also check your internet connection and the date and time. If the problem still persists, disable your antivirus and firewall and try again. Repairing or resetting the Microsoft Store app works in most cases.