Twitch streaming is a very popular pastime for millions of people around the world. Folks want to fire up the platform and tune into their favorite streamer. When it comes down to the tools used for streaming Twitch videos, any modern web browser will do, but all are not the same in terms of performance. In this post, we will look at some of the best Browsers for Twitch Streaming.

The question is, which web browser is best for streaming videos on Twitch? Well, this is not an easy question to answer because, over the past couple of years, browser makers have upped their game with regular performance and feature updates. Still, it is possible for us to make a list of what we deem as the best of the browsers due to several underlying factors. Now, we know what you’re thinking, and that is not the case at all. We are not choosing Microsoft Edge as the number one option because we are a Microsoft-centric website. The choice was made because is simply the best at streaming videos across the web.

This shouldn’t come as a surprise to anyone because, despite the bad aspects of Internet Explorer, it was still superior to all others when it comes down to streaming videos on the web. Microsoft clearly repackaged the technology used there and placed it inside of Edge, and we are pleased.

If you want better stability when streaming videos at up to 1080p, then Microsoft Edge is your best bet, like it or not. 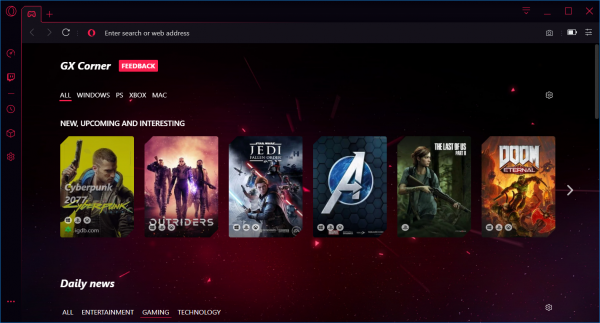 Another web browser we want to recommend here is none other than Opera GX. This is the gaming-centric version of the Opera web browser, and from what we can tell, it is quite impressive. You see, Opera GX comes packed with Twitch integration and the ability to limit CPU power for those who want to play while running the browser simultaneously.

Over the past couple of major updates, Mozilla has improved Firefox quite a lot. It is no longer the resource hog that it once was, the reason why millions of people have chosen to use alternatives.

Because of the new updates, Firefox can stream Twitch videos with little problems. To improve the experience, users can visit the Add-on Store and download Twitch-related add-ons to help with smoother streaming. If you worry about your privacy on the web, then Brave is a good choice. It comes with most privacy options turned on, so the Twitch platform will likely fail to collect valuable information about you from Brave.

When it comes down to supporting streamers, the Cryptocurrency aspect of Brave makes this a simple affair. All you have to do is stream the content of your favorite streamers to help them earn some money in the form of a cryptocurrency known as BAT.

As for streaming quality, well, Brave does a decent job. Not on the same level as Microsoft Edge, of course, but it’s good enough. 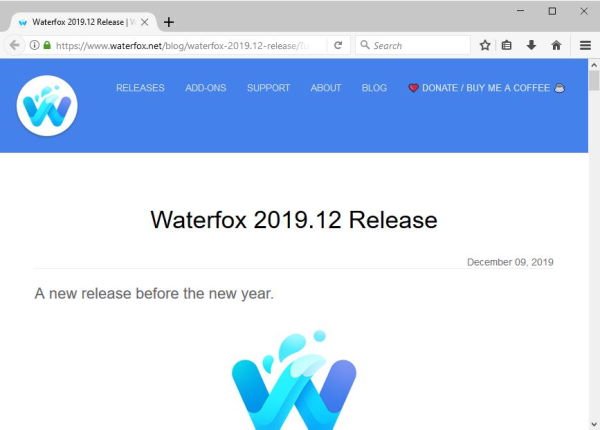 With the rise of Chromium-based web browsers, people are not too aware of browsers based on Firefox. Here we have another one in the form of WaterFox, and it has been around for quite some time.

WaterFox is very similar to Firefox as you’d expect, but the developers removed many of the non-open source features to make for a tool that doesn’t use a lot of resources.

Still, while WaterFox will stream content on Twitch with ease, it can only perform this action at up to 720p.

Finally, we would like to look at Google Chrome, the web browser that came on the scene and unseated both Internet Explorer and Mozilla Firefox in just a few short years.

Chrome is the most used web browser on the planet, but that doesn’t mean it’s the best. For quite some time Chrome has taken the top spot as the most resource hog web browser of all time. From hero to villain, and from what we can tell, Google doesn’t seem to be doing much about it.

Nevertheless, Chrome is still good enough for streaming video content on Twitch. It can do so at up to 1080p, which is better than what WaterFox can muster. However, if you have a computer that lacks sufficient power, it will experience issues with streaming Twitch at the highest quality.

BONUS TIP: Chances are you’ve never heard of GNU IceCat, but now you do. This web browser is based on Mozilla Firefox so it will render web pages the same. However, because it doesn’t come with all the features found in the original browser, IceCat is effectively lighter on system resources. Because of its lightweight nature, this web browser will stream Twitch videos at up to 1080p without problems. Bear in mind that GNU IceCat is available exclusively for Linux operating systems at this time and you can download it here.

What browsers does Twitch support?

From what we can tell, Twitch supports all modern desktop web browsers. From the likes of Microsoft Edge, Mozilla Firefox, Opera, Brave, and much more. Some will perform better than others, but at the end of the day, they’ll work no matter what.

Why does Twitch make my PC lag?

Streaming content on Twitch with can cause your PC to lag if the device lacks enough CPU power and enough RAM. Furthermore, you should check if the resolution is too high for your computer to handle because this is a common reason for the lag.