There’s one antivirus most folks are not using, and probably should. It’s called SmadAV AntiVirus, and it is not designed to be the core protection of your Windows PC, but a secondary for when all else fails. I was introduced to SmadAV years ago by my former web design teacher. This was due to an infection that took hold of my laptop, an infection that came from the school’s computers. It didn’t take long for several persons in the class to fall victim to this infection. What’s the name of the infection? Can’t say, but I do know it affected several folders. These folders had important work situated inside, so imagine the fury when we found out the folders were unusable.

The first order of the day was to try and fix the issue with our free anti-virus programs, and guess what? None of them managed to get the job done. This was when our teacher introduced us to SmadAV, and right out of the block, this little thing began to work wonders.

Not only is it good at trapping and killing some weird malware, but it is also useful for scanning USB thumb drives. In fact, this might be considered as one of SmadAV’s main strong points. It can be used for offline scans.

How to use SmadAV:

First, you need to visit the official website to download SmadAV. Now, the language on the website is Indonesian but worry not; the download link is on the right sidebar so you can’t miss it.

Once downloaded and installed, you should come up with something that looks like the image above.

The user interface is definitely not the best, and although it has seen some changes over the years, it is still not up to par with the best free antivirus software, but it works, and that’s good enough for me.

On the left-side, users should see five options. From here folks can get to where they need to scan the whole system, to disable or enable real-time protection among other things.

The Pro tab shows the difference between the Pro version of SmadAV and the free version. Look carefully, and you’ll notice the inability to maximize or resize the window. This can only be done if you purchase the Pro version of the software.

SmadAV is not a core anti-virus software, so it shouldn’t take long for it to blaze through your files. For us, it ran through over 300,000 files pretty quickly but maybe a little slower on older computers.

We also like the fact that not only does Smadav scan for viruses and malware, but it checks for bad or corrupt registry files. Yes, this thing will clean your registry in similar ways to CCleaner or UPCleaner, pretty awesome, right? We should also state that since this is the free version, users are required to manually check for updates. We wouldn’t recommend the Pro version unless you’re too lazy to update the virus chest manually.

Overall, Smadav is good enough for what it can do. Bear in mind that it should never be used as a core anti-virus software, but something that can work alongside any antivirus software. Good to have as a second opinion anti-malware scanner!

Is SmadAV an anti-virus?

Yes, SmadAV is an antivirus compatible with Windows 11, Windows 10, and some other older versions of Windows. Not only antivirus, but also it is a system cleaner tool that you can use to protect your computer from top to bottom. Whether you need to get rid of junk files, temporary files, or malware, you can make use of this application.

If you already use Windows Security, you might not need another tool. However, SmadAV is pretty good and works well on Windows 11 as well as Windows 10 computers. Therefore, if you need an all-in-one application to protect your system or add an additional layer of security, you can head to the SmadAV. 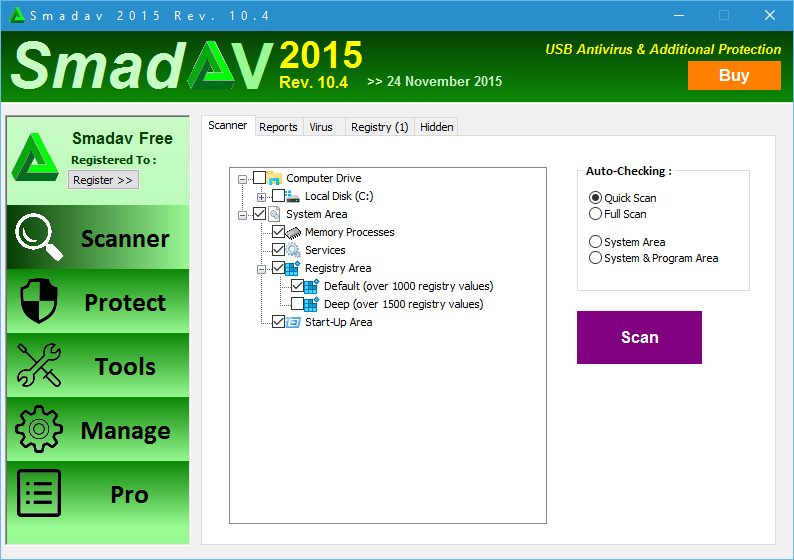