Sifu is a great combat action game, there is no doubt. However, at times, it does face performance issues. This is a complete guide to fix the FPS Drops, stuttering, freezing or crashing issues on Sifu. What can cause FPS drops and stuttering?

In a lot of cases, users tend to let a lot of applications run in the background. These applications, may not seem like resource-hogging, like Chrome or Discord, but they are. In this article, we are going to see some solutions and try to put a lesser load on your computer. Also, we will see some workarounds and how you can play the game in question aka Sifu. So, without wasting any time let us hop into it.

If you are experiencing FPS Drops, stuttering or crashing issues on Sifu in Windows 11/10, then follow these suggestions to resolve the problem.

1] Restart your computer before launching the game

If you are constantly facing performance issues with Sifu, then try restarting the computer before launching the game. This will close all the apps and processes that can cause the issue. And when you open the game after that, the game will be running on a clean slate, hence, it will work fine. 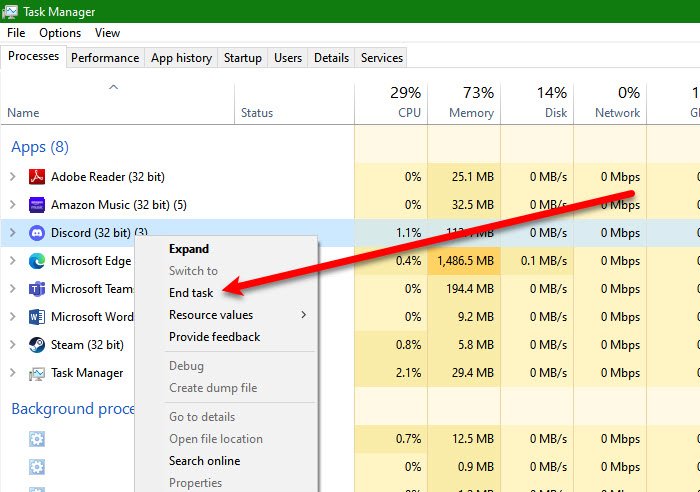 If you don’t want to restart the computer, then try accessing your Task Manager and killing some tasks. Open your Task Manager, right-click on the tasks and processes that are eating your resources such as CPU and GPU, and click End Task. Hopefully, the issue will be resolved.

Next up, we are going to update the Graphics Driver. All the games that you are playing must be graphically intensive, so, it’s pretty obvious that if it’s outdated, your game will freeze, even crash. Following are the methods to update Graphics Drivers.

4] Play the game on Low settings The In-game Graphics Settings and Video Settings can not be high. Settings such as FPS, Graphics, Textures, Shadow, etc should be either lowered or turned off if possible.

You can not have 3rd generation process and expect the game to run the game with cranked-out graphics settings. When you are playing the game with maximum settings, you will be putting a lot of load on your computer, and the game is freezing and stuttering because of it. Try lowering the settings, and hopefully, your game will run perfectly.

You can skip this solution if the game is not crashing in your case. We are going to use Epic Launcher to do to scan and repair. Follow the given steps to do the same.

Hopefully, the issue will be resolved. Windows has a High or Ultra Performance Mode that’s there on your computer for this very moment. In this mode, we are going to make your battery a second thought and give everything you have to your CPU and GPU. Follow the given steps to do the same.

Related: Turn on and use Frames Per Second (FPS) counter in Xbox Game Bar

To play Sifu, your computer should meet the following system requirements.