Locating apps tailored to photos and videos is not hard, what’s difficult is finding good ones. There are far better x86 software to choose from, but you might be having a knack to give the Windows Store a chance, and that’s perfectly fine. One should not go into the Windows Store expecting to find many apps that are on the same level as quality when compared to Android and iOS, but that shouldn’t be a turn-off because developers are coming on board every year. Still, there are several great apps for Windows 11/10 available in the store today, and we’re going to talk about a few of them right now.

Photo and Video apps for Windows 11/10

Let us take a look at some of the better ones. Yes, the creators of the popular and open source VLC Media Player, have released a version on the Windows Store, and from our experience, it works great. Don’t go in expecting all the features from the x86 apps because you’ll be disappointed. Go in with the idea of walking away with a solid media player.

We also believe if you’re a person who tends to use Microsoft’s Groove Music app, the VLC Media Player app will likely force you to switch allegiances. Folks who are always editing videos for YouTube or other reasons would have likely to have come across PowerDirector from CyberLink. It’s one of the best video editors on the market, but guess what? It’s not free. However, such is not the case for the Windows Store app, and it makes us giddy with glee.

This version of PowerDirector is not as feature rich as its x86 counterpart, and that’s fine. We believe most folks just want to perform basic edits, and as such, we’d recommend to those same folks the Windows Store app. Should they decide to dig in a bit further, then the x86 software will always be there, well, at least for now. 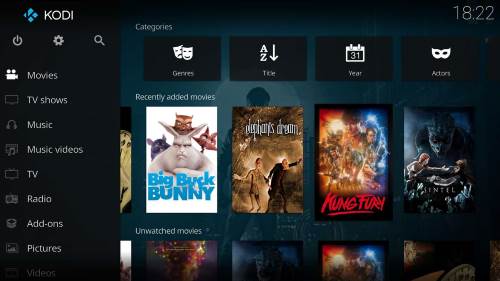 After what seems like forever, the awesome and powerful media player is finally here and looking fine. Kodi is getting a lot of bad rap from the unfair press, but this assault has since failed to stop users from wanting to experience what it has to offer.

Kodi is great because it’s a media player capable of playing back almost any file. Furthermore, folks who are seeking to improve their experience can install several recommended add-ons, along with third-party add-ons.

Bear in mind that some third-party add-ons are all about piracy, something the Kodi developers do not support. Going down this path is not recommended, but completely optional at your own risks. This is a YouTube app, right, but there’s more to TubeCast than playing back YouTube videos. Well, that’s its primary purpose, but the app doesn’t only do it via the computer its installed on. The option is there to cast video content to a Smart TV, Chromecast, Airplay, Amazon Fire TV, Google TV, Xbox One, and much more. There are many photo editors in the Windows Store, but in our mind, only one stands out the most, and that is PicsArt. The app makes it possible for users to perform basic, yet powerful edits, along with creating collages. Furthermore, if you’re a person who loves to draw, then PicsArt should be right up your alley with its drawing tool.

Every edited image can later be shared on social media if you’re into such things. We personally love the over 25 effects that can be added to images to give them more life. Try it out; you won’t be disappointed in what PicsArt has to offer.

As different apps do different things, it depends on the user’s purpose to declare something as the best photo app. For example, CyberLink PowerDirector is one of the best in terms of options, features, and user interface. On the other hand, PicsArt is great if you want to view images like a slideshow or in a row.

Yes, Windows 11 as well as Windows 10 come with in-built video apps to allow users to play or watch videos. However, if you want more options, features, and organization, you can opt for third-party programs. For your information, VLC Media Player is one of the best in the market today.

Let us know if we missed your favorite one!