OBS Studio is a free and open-source program that is used by millions across the world for recording screens and broadcasting. Though it is a free program, the features it has are almost equal to paid alternatives. You can record windows on your PC and stream it on the internet simultaneously or you can create tutorials using OBS studio. OBS Studio can be used in many ways for recording and broadcasting once you get used to it. Some users are complaining that OBS Studio captures a small window instead of the full screen on their PC. In this guide, we have a few solutions that can fix it.

OBS Studio captures a small window instead of fullscreen

If you see OBS Studio capture only a small window instead of the full screen, you can follow the below methods to fix it.

Let’s get into the details of each method and fix the issue.

When you see OBS studio recording only a small window instead of the full screen, you can make capture the whole screen using the Display Capture option in it. When you capture on OBS using Display Capture, the entire screen will be captured without leaving anything. 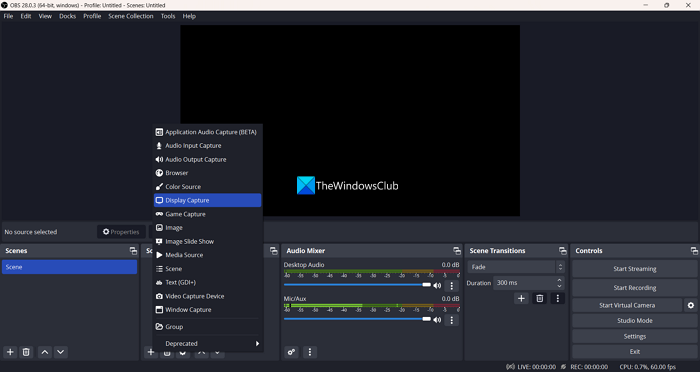 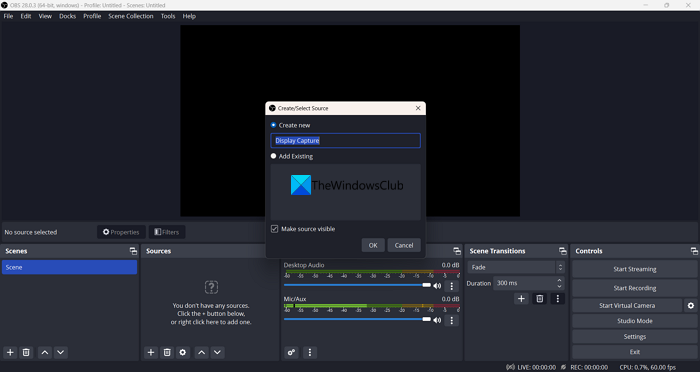 Then, it will open the Properties for Display Capture window. You can leave it as it is as it captures the full screen without you changing anything. You can uncheck the button beside Capture Cursor if you don’t want to capture the cursor. Click on OK to complete adding the source. 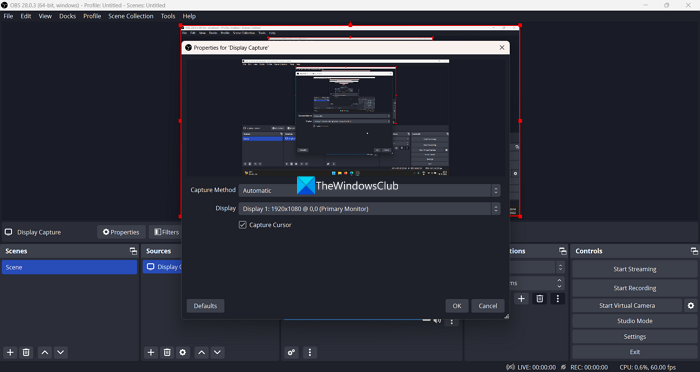 Display capture source will be available in the Sources panel until you delete it manually. Now, when you click on Start Recording on the OBS window, it will select the Display Capture as the source automatically and record full screen until you add some other source.

2] Set the correct Base Resolution 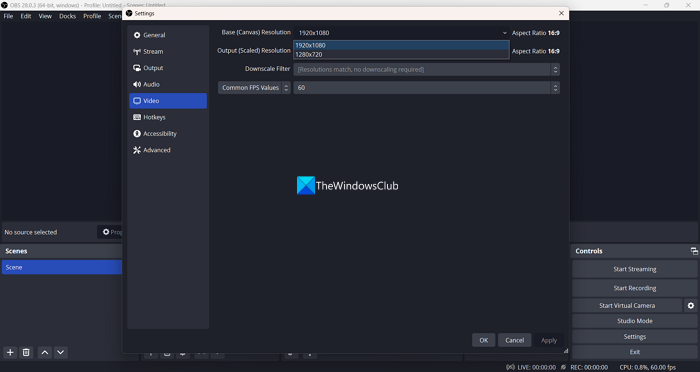 The other reason for the OBS to record a small window instead of a full screen might be due to the wrong resolution you may have accidentally set. You need to change the resolution to your display resolution to make it capture the full screen.

To set the correct Base (Canvas) Resolution,

Now, OBS will capture the full screen when you start recording. If you have two Graphic cards on your PC and you face this issue, that might be due to OBS running on the graphic card that is less powerful and does not support high quality or resolution capture. You need to set OBS Studio’s preferred graphics processor to the powerful one.

To select the preferred graphics card for OBS studio,

See if it has fixed the issue. 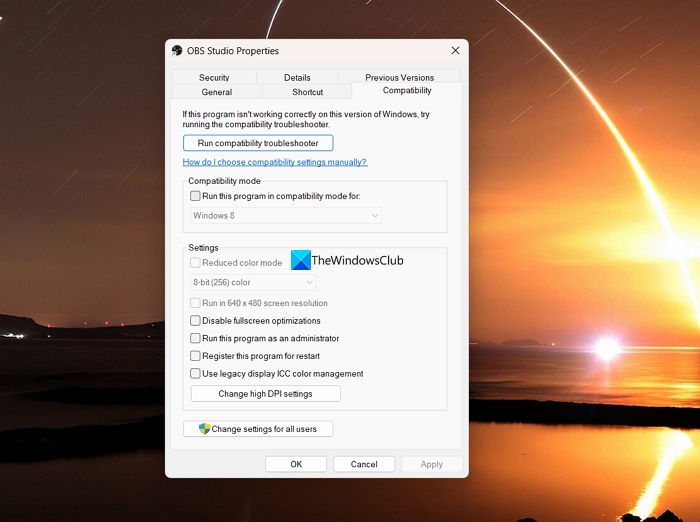 There might be other recording or screen capture programs running on your PC. That may be prioritized to capture a screen or window. It can also be the cause of OBS Studio capturing only a small window. To fix that, you need to enable compatibility mode for OBS Studio.

If none of the above solutions fixed the error, you need to uninstall OBS Studio from your PC and delete the leftover files of OBS Studio. Then, download the latest version from OBS Studio’s official website and install it on your PC.

These are the different ways using which you can fix when OBS studio is capturing only a small window instead of the full screen.

Read: OBS Camera Not Showing up or Working in Windows

Why is OBS not capturing the full screen?

You might have selected a window or a small resolution. Or the default source in the Source panel might be a window. When you click on Start Recording OBS might be taking that window as the source. You need to set Display Capture as your source, change the Base (Canvas) resolution, set OBS studio to high performance, or reinstall OBS studio if nothing works.

How do I capture an entire screen in OBS studio?

How do I fix OBS not capturing a specific window?

To capture a specific window on OBS studio, you need to add Window as a Source of recording. To do it, click on the + (add) button under the Source panel and select Window. On the Window panel, you need to select that particular window you need to capture using the drop-down menu where you can see all the active windows.