Kids learn better when they are taught unconventional methods. They perceive and catch up on them faster because they are less patient that adults are. Many educational institutions have started implementing the idea of educating their students through gaming, and it has proven to be very helpful since it has helped many kids catch up with things and develop faster. Here is a list of some of the best Xbox One Educational Games for kids especially in the 8-10 years age group.

For kids who are in their primary years of school, the conventional learning methods might make them feel uncomfortable where learning starts feeling more like a tedious chore than a fun thing to do. But worry not because here’s a list of top ten games that make learning not only easier but more fun for kids: Science can be intimidating for kids unless there’s an interactive way of teaching them. Interactive games help the young with visual and practical knowledge of many things which textbooks can’t. Insects can provide kids with such an experience since it is a real-time interactive demo with enhanced visuals, spatial audio, and high dynamic range. This game has been developed & published by Microsoft Corporations and was initially made for game developers. Later it ventured off to be used for educational purposes. Spatial audio makes the experience even more dynamic if experienced through headsets or surround sounds. And it is also available on the Xbox store for free. Kids enjoy fairy tales and interactive media like gaming lets them enjoy the story in a way different from simply reading books. Published by Baba Yaga Games & Sometimes You, this game which has been based loosely on fairy tales from far north, takes the player on an epic journey where they have to get to ninth heaven by deceiving the sun & moon and stealing their space-boat. This game has a unique take on a narrative that includes puzzles and acute storytelling which kids would enjoy. It also has two playable characters, a unique art style which is mellow for players of all age. You can start on this epic journey from the Xbox store. Who said games turn kids stupid? Developed by Gameloft, this game has a spontaneous system of introducing the players with daily challenges and mini-games which teases your brain capacity. You can also track your progress and play with others since it supports multiplayer gaming up to 2-4 players (local/Xbox live). These daily exercises can challenge the player’s brain capacity, the best part of this game is that it never repeats the same puzzle. The better you are at it, the harder it gets. This game can be downloaded from the Xbox game store. Published by Thunder Cloud Studio Ltd, this is a light-hearted game where the player gets to help this robot called Bob. With a mixture of good platform-game mechanics, players get to navigate Bob, and they solve puzzles to get to the next sequence. Players can jump, punch and use their environment for gameplay advantages. The overall tone of this game is light and funny which makes it even more entertaining for kids. Puzzles are designed to test the player’s brain capacity. To help Bob find out his lost limbs, you can visit the Xbox store page to get the game and begin the journey. Building bridges can have quite an impact on the players. Players can create and construct their own bridges with a range of materials that are provided in-game, players will also have to take care of the budget since you can’t exceed that. So, start building your perfect bridge at six unique locations. Get on the drawing board and start building bridges keeping the budget limit in mind. To start with this epic journey, players can get this game which is available on the Xbox store. Players start off as an assistant to professor Ivor Question’s Encleverment Experiment where they are challenged with 16 amazing mini-games with 60 unlockable mascots. You can also create new challenges with the game-editor and play with other players (up to four players at a time). Developed by Blitz Arcade, players can download this game which is available on the Xbox app store. This is an excellent blend of word-play and role-playing games where you can defeat your enemy by spelling words correctly. Win more boss battles through a thorough upgrade system where you can get powerful wands and other magical power-ups to help you win. Collect more gold to upgrade your character. Once you are ready to embark on this magical journey, visit here to play this game. History lessons are important, but it can get very mundane unless there is another way to learn them. Numantia, which is a turn-based strategy game, players get to relive the battle which took between Rome and the city of Numantia. The game can be played from both the perspective, and it’s up to them whether they are going to hold their grounds as Numantian soldiers or fight for the glory of Rome. Relive history with real historical characters, Numantia Is available on the Xbox store. As simple as the name sounds, the game can be quite hard for many players. The basic idea is to get the ball out of the cup, but there are challenges which the player must follow on-screen. Once you are through with the challenges, you can share your victory with your friends. It has great educational value and is experience the best when played with more players. It also is Kinect for Xbox compatibility. Get Q from the Xbox store if only you are ready to take up the incredible challenges. Doodle God: Ultimate Edition is a puzzle/world-building game where you get to create a world with the elements you best like. As you slowly see your world come to live, you will get to unlock wits or wisdom points which are mostly quoted from philosophers. You have to start building your world by working from microorganisms to building armies. But there are dire consequences of creation which might trigger a zombie plague.

This game now has a PVP mode where you can challenge your friends. Unleash the power of the gods by getting this game from the Xbox store.

All of these games are Xbox compatible and have immense educational value. Not only that, the games are interactive, helping your child develop their reflexes and challenge the capacities of their brain. Learning perhaps has never been more fun. 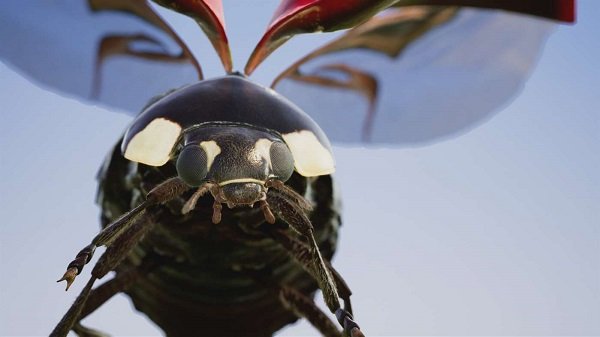