Most Windows 10 users must be aware that Microsoft intends to move settings from the Control Panel to Setting and then gradually phase it out. When you launched the Control Panel, the System applet looked like this. But in Windows 10 version 20H2 and later, you will notice that when you click on System and Security > System, the above information window does not open. Where did the Control Panel System applet go in Windows 11/10?

The Control Panel had been an integral part of Windows since the beginning and helped in tweaking and customizing the operating system.

When you click in the System link in the Control Panel of Windows 11/10 now, the corresponding System page in Settings opens. How to open System Control Panel applet in Windows 11/10 If you wish the see the classic System applet in the Control Panel of Windows 10 20H2 and later, open the Run box, type the following, and hit Enter:

You will see the System properties box in Windows 10.

In Windows 11, the same Settings panel will open! 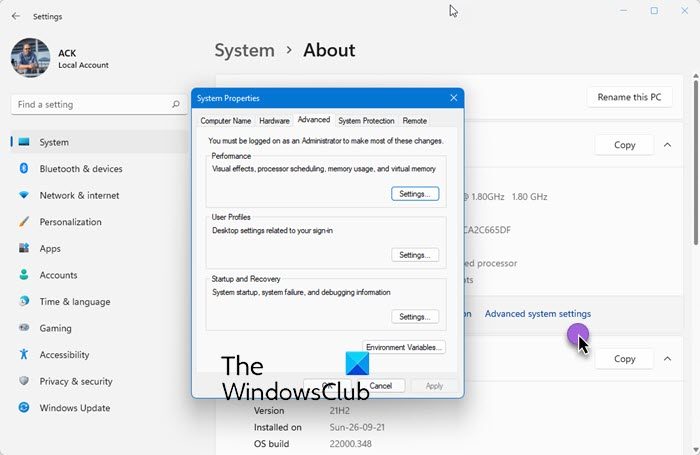 You now have to click on the Advanced system settings link to open it.

The Settings app is more touch-friendly as it has a proper layout that helps avoid accidental taps. Having two centers for customizing the computer and the operating system will mean more code and hence more memory usage. This is exactly opposite to the Windows motto that wants the latest operating system to run smoothly even on low resource computers, tablets, etc.

Apart from this, there is another trick you can use to open System Properties in Windows now.