Why should only astronauts get to enjoy the experience of living in space? Because they are astronauts! But what’s the harm if the rest of us can at least get a glimpse of what it’s like? That’s what the developers of NASA’s Eyes had in mind while creating the app. Let’s see how far into space we can explore through this new app developed by the California Institute of Technology. NASA’s Eyes will notify you of all the particular celestial movements happening in the universe. It will give complete information at the right time, something you cannot expect from the official NASA websites or its YouTube channel. The app will let you look at all of the space’s natural and human-made satellites. You can call the app a space museum if you like.

You also get information about the latest NASA research and the parts that are not ‘classifieds.’ You get to know a lot about the floating objects in space that you won’t get to know about merely from the internet. What’s awesome is that all this comes at no cost. Yes, there’s no catch there. The app is free. You can easily install it on any popular Windows OS. The installation is quick and easy. No rocket science is needed for that. But the operation of the app is easy too. It would help if you treated it as an encyclopedia.

The app has a three-module format. The first one is called Eyes on the Earth. As the name suggests, this one deals with NASA activity happening on the Earth and within its atmosphere. 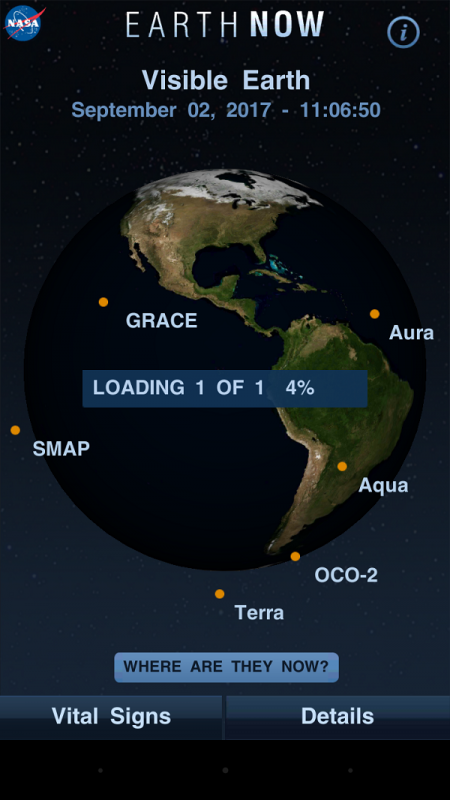 The second module is Eyes on the Solar System. It extends the first module to the entire Solar System that we live in. It includes things about the Earth too, but mostly the things that have got to do something with outer space. Every planet in our Solar System, all their satellites, and all the human-made space objects are a part of this module. The third module is Eyes on Exoplanets, which is, of course, the part that deals with planets and other heavenly bodies outside our Solar System. So, with these three modules, NASA’s Eyes embodies many of what we can imagine and want to know about.

Some additional featured modules cover events that need special attention. For example, there is a module dedicated to the voyage of Juno to Jupiter, another one for Cassini on Saturn, and so on. Of course, the app does not have Infinity within reach, but you’ll never have enough of it. All these modules together will ensure you have everything you can know about NASA within your reach.

The app has various viewing modes, the option to jump time and get it all in full-screen 3D, and some excellent animations. This app looks fantastic for kids, grownups who want to become astronauts, and those who don’t want to but love sky gazing.

You can download the app from here. It is available for Windows PC, Mac, and mobile devices.

According to the listing in Nasa’s Exoplanet archive, there are more than 1,000 exotic planets known to orbit distant stars. Using Nasa’s tool, you can zoom to a closer look at them. You can also look at Earth-sized planets, super-Earths, gas giants, and more.

Is Earth an exoplanet?

No, and yes. If life on another planet looks at the Earth, they will mark it as an exoplanet. Similarly, when we look at plants that match the characteristics of Earth and are far away from our Solar system, they are marked as exoplanets.