If you mistakenly uploaded an image to the wrong album of your Facebook profile, you can transfer it easily. Today, in this post, we will show you how to move a Facebook image from one album to another. Whether you have one or multiple images, you can transfer all of them with the help of this post.

Facebook is a well-known social networking website where you can upload your images to share them with friends. As people upload lots of images, Facebook allows users to organize them by album. You can create an album for last night’s party, friend’s birthday party, last summer trip, etc. and upload images to those albums. It will help you to find an image very quickly in the future and your friends can check out your images in a better way.

However, let’s assume that you uploaded a picture to a wrong album by mistake. At such a moment, this guide will be helpful for you to move all Facebook images from an existing album to a new one. However, the only problem with this guide is that you cannot move multiple images at once. In other words, if you want to move multiple images, you need to follow the same steps over again.

Let’s delve into the steps to know more.

At first, you need to open the image, which you want to move from the existing album to a new or another album. After that, click the Options button, which appears when moving your mouse over the photo. 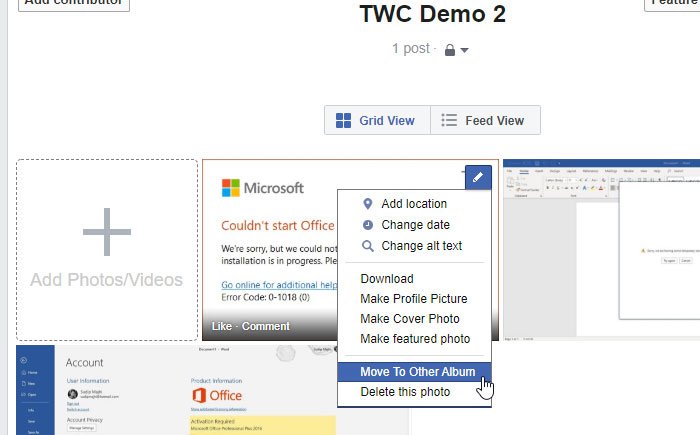 Now, you can see a popup window, which shows a drop-down menu containing all the albums you have in your Facebook profile. You can expand the drop-down list and choose an album.

In case, you cannot find your desired album, it is possible to create a new one. For that, select Create Album option and complete the creation. 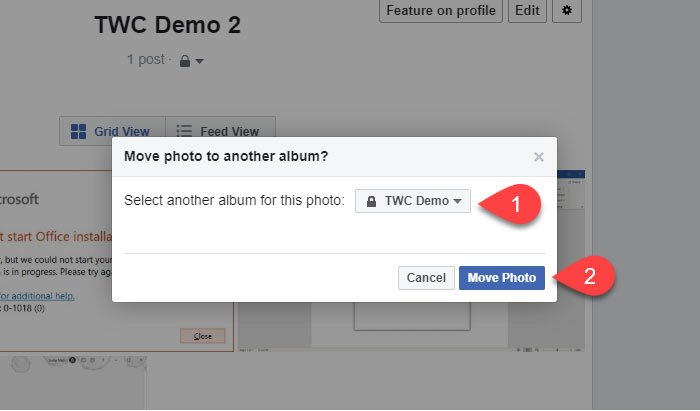 Your image will be moved immediately without any problem.

Like I said earlier, you need to repeat the same steps if you want to move multiple images from one album to another.